The Dietzler Trophy is named after Michelle Dietzler, ‘00, a senior goalie on the inaugural Redwing Hockey Club Varsity team. It is presented to the Redwing player who embodies the spirit and teamwork both on and off the ice that Michelle showed in her single season with the Redwings.

Tyler Balamut competed four years as a Redwing Hockey player, including two years on Varsity White where he was selected and served as captain this past season. Tyler’s leadership was evident on and off the ice. He approached each game and practice with a positive attitude and high work ethic that set an example for his entire team. Off the ice, Tyler’s accomplishments gained him recognition as a recipient of the Illinois West Humanitarian Award and he was instrumental in bringing the club together for the first Seniors vs Juniors game this year. Tyler lead as “just one of the boys”, offering guidance with humility through the ups and downs of the season, never wavering in his trust and confidence in his teammates. A role model for every player in the club and a deserving recipient of this year’s Dietzler Award. 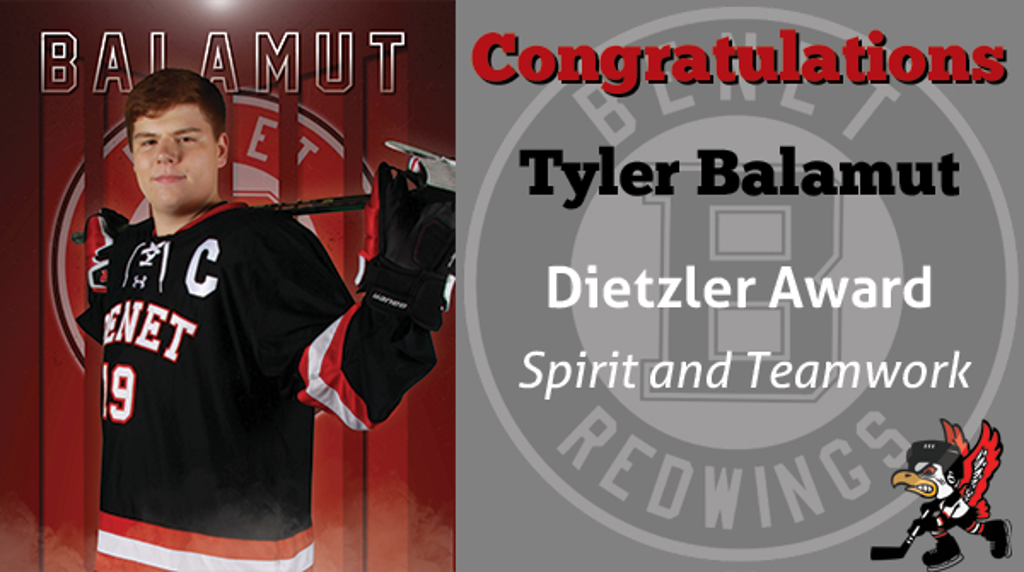